What's on your mind?

This is addressed to the team at DireWolfDigital, but maybe you should read it too.

I recommend that you, and senior management, and players of Eternal read articles such as the one following at least once a year. https://fil.forbrukerradet.no/wp-content/uploads/2022/05/2022-05-31-insert-coin-publish.pdf

Dire Wolf has some absolutely smashing games - Dune and Root being examples. But the entire loot box/booster pack gambling/addiction problem that plagues all CCG and DCCG needs to be heavily legislated against, and DW need to do better.

There are plenty of ways in which DW could re-work Eternal that could still provide good income without encouraging addiction; then, once freed from those shackles, DW could eliminate the extremely high cost of freemium, the endless grinding, the gems, the booster packs, the gambling, crafting, and everything else that is bad about the model.

DW would no longer need to enforce server-based play - just like Root, the game could offer local play, and P2P play.

For instance, each season DW could release the entire fourfold set of cards for some reasonable amount, eg $20, as a direct transaction. So they still get a good whack for their work.

This would change the game from being a D-CCG to a D-LCG (as in Living Card Game - cf. FFG’s Android: Netrunner for an example).

Not only would it bring the game out of the diabolical mud that it currently sits in, but it would transform it into a legitimate sport - as all players would start from the same playing field, have access to the same set of cards, and they would know that.

I would play Eternal if it were a ‘D-LCG’ - but right now I feel like crusading against DW and the other publishers for continuing to exploit consumers with this miserable crap.

Why not get ahead of this dark, dark commercial model, and just drop the stinking, shitty, addictive, lie?

TL;DR: You may not agree with my point of view, but remember the guidelines of this wiki. I am an addict, and CCG/DCCG use exploitative commercial models that have caused me untold sums of time and money; as a part of my continuing treatment I personally need to read articles as above just to stop myself from spending real time and money on unadulterated crud.

This isn't just DW of course; but, currently, DW is no better than any of the others, and this wiki should include a serious, well-considered, impartial and unbalanced warning or alert concerning the risk of addiction from DCCG and Lootboxes.

Eternal's newest set releases tomorrow! We'll be organizing the wiki update for its cards and mechanics on our Discord (discordapp.com/invite/nzwasxT). If you want to help and don't use Discord, feel free to comment in this post and we'll try to keep everyone updated.

Also, Isochron wrote up a great blog post here to reveal a community spoiler, be sure to check it out!

Let us know if you find any issues with the links, and if you have feedback on the change.

Thanks to Eternal Warcry for adding links to the wiki on it's card pages!

I just updated our database for the new Defiance cards.

When we add the new pages in source editing mode, we can click the "Autofill" preformatted page, which will place a template call to the database. Previewing the page (or posting it) should display the wikitext needed to create the card page. Just copy/paste it and double check that all the info is correct.

Edit: Forgot to add this earlier, but here's a list of the cards and their images to work off of. Redlinks mean the page hasn't been created yet:

- The template call doesn't usually work well for pages with apostrophes. Just replace "{{PAGENAME}}" with the card's title and that usually fixes it.

- A couple fields are missing right now, namely the Hero parameter (set to 'true' if the card is a named character) and the Tokens parameter.

- Card images are on their way. They're complete (barring a couple tokens I missed), but need to be uploaded. Yumyum started already, the rest should arrive over the next 1-2 days.

- If you have any script errors, don't panic. Just publish the page as-is, and leave a message here (we'll check it out soon), or just manually create the page (the "Defiance Card Pages" preformatted page loads the template layouts you'll need, without the parameters filled in.

Thanks everyone! Feel free to chat here if there are any issues or if you need any help!

I'll be working with Eternal Warcry's 'Stevercakes' tomorrow to compile a spreadsheet of the new set's cards and capture all the images. I'll then convert the spreadsheet to a lua database so we can easily fill out the new cards' pages with the "Auto" option.

If you want to help put everything together, I posted instructions over on the subreddit, here:

We now have a new custom namespace to use for Eternal lore content! Pages about the game's story, its characters and the locations in Myria can now be created with the 'Lore:' prefix in their titles (for example, 'Lore:Argenport").

The goal of the new namespace is to keep story content distinguishable from the primarily functional content we've created so far. The current flavor text snippets on card pages are great, and will hopefully interest users in checking out more in-depth story articles.

I renamed the previous 'Lore' stub article to 'Lore:The Gunslinger's Guide to Myria' (redirected from 'Lore:Main') to use as a hub/portal page for Lore content.

Anyone wanting to create lore articles can jump right in, we'll work on creating consistent formatting and style as we go. Try to keep them based on canon lore, and cite sources where you can. Feel free to speculate in the pages' comments or Talk pages.

As far as I know, we should now have card pages for all player-collectible cards and any noncollectible 'token' cards that players can use (current through 'The Fall of Argenport' as of this post). There's always the chance a few were missed by mistake, so add missing pages if you find them (or at least post about it here or on an active editor's wall) and feel free to clean up any errors.

So where do we go from here? Card pages' strategy sections can always be created and added to, but past that what would we like to see done on this wiki? Leave your ideas and feedback in the comments!

Does it make sense to add crafting costs to card infoboxes?

All the information is already provided by the "rarity" attribute in the template. You just have to populate a few more table cells. It would mean less data entry for people creating new card pages and it would automatically update old card pages that don't have the data.

(edited by Vandergus)
Turned on achievements to encourage activity.
(edited by Yumyum36)

So since Eternal seems to be starting to kick off again, I think we should turn on a couple of features for the wikia (mainly looking for Nightsavior's approval, but anyone can chime in)

3 features I want to talk about are: Blogs, Mandatory sign ins and Achievements.

-Firstly To start off with, Blogs. I turned them on and begen experimenting with them. More specifically blog lists: http://community.wikia.com/wiki/Help:Blogs/Bloglist

Blog Lists let you display blogs by category. So we could use it potentially to display and update information, there's an example in my Sandbox: http://eternalcardgame.wikia.com/wiki/User:Yumyum36/Sandbox

-Secondly Mandatory singing in. I noticed a bunch of anonymous edits recently, and I was wondering if by mandatory signing in we could get more people logging in. There's something called "gaming footers" many different games have at the bottom of their wikias. See here: http://gaming.wikia.com/wiki/Introducing_New_Gaming_Footers

I don't think it'd be hard to get into the card game one as long as we meet the requirements due to it having fewer wikias than most of the footers, but if we get in, it could positively affect traffic coming here from other wikias, and it could get other card game fans to hear about the game.

The requirements to get in are; At least 100 pages, A Wordmark, and a Background.

We meet all 3 of these, but they regularly deny/remove people for inactive communities, so we should try to get at least 5 or so members who come on every so often. (That's what the MTG wikia has).

-Thirdly I think achievements are pretty fun on wikia, I want to implement these, but not before the game comes out or we get a ton of contributors here. 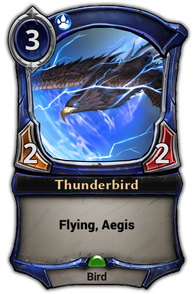 A couple templates I've been using on the wikia. Will update as needed, just need a place to put these.

-Card : Displays a card image, with a link to the card page. Really simple, but repetitive. Code is {{Card|CARDNAME}}

-Card3 : Used to put 3 cards in a row. Needed for formatting. Can also show 1 or 2 cards in same formatting if 2nd or 3rd variable is ignored. Uses an invisible table, so will get shoved down if there's a CardInfobox to its right for example. Code: {{Card3|CARD1|CARD2|CARD3}}

-Rollover : Uses first part of hover CSS. Really glitchy and works weirdly. Use in other template.(don't use by itself.) Meant for use on images, I forced it onto text.

-CardHover : Uses all hover CSS stuff. When you Hover over a card link that uses this template, a popup of the card appears to the right. Can repurpose some of this code into "spoiler text" if it's necessary. Code: {{CardHover|CARDNAME}}

Anyone want to discuss on how to layout this wikia?

i.e.: Should card pages be laid out more like Hearthstone gamepedia or Hex wikia , or something else?