Eternal Card Game Wiki
Register
Don't have an account?
Sign In
Advertisement
in: Huabin Wang, The Fall of Argenport, Uncommon,
and 4 more

When a unit with Endurance or Lifesteal takes damage, kill it.

Ankle Cutter is a unit card.

is a card with pushed stats to counter aggro and midrange decks. This counters the counter to that. It is aggressively statted (costs 2 for 3 attack), and will make your opponent think twice before blocking with a Sandstorm Titan. 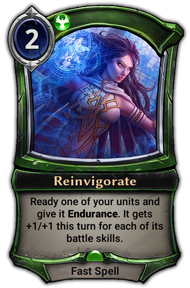 , as you can use it as a removal spell on what would otherwise be a safe block for your opponent? They block your grenadin with a Heart of the Vault 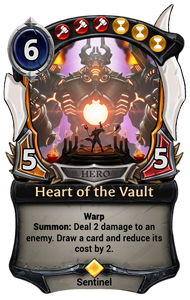 ? Reinvigorate. Additionally you can use it on unblocked attackers (especially those like Whirling Duo 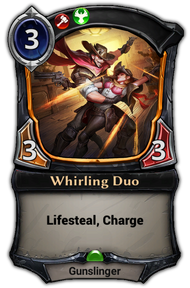 with a lot of Battle Skills) to push additional damage through.

This card was revealed as a The Fall of Argenport spoiler.[1]