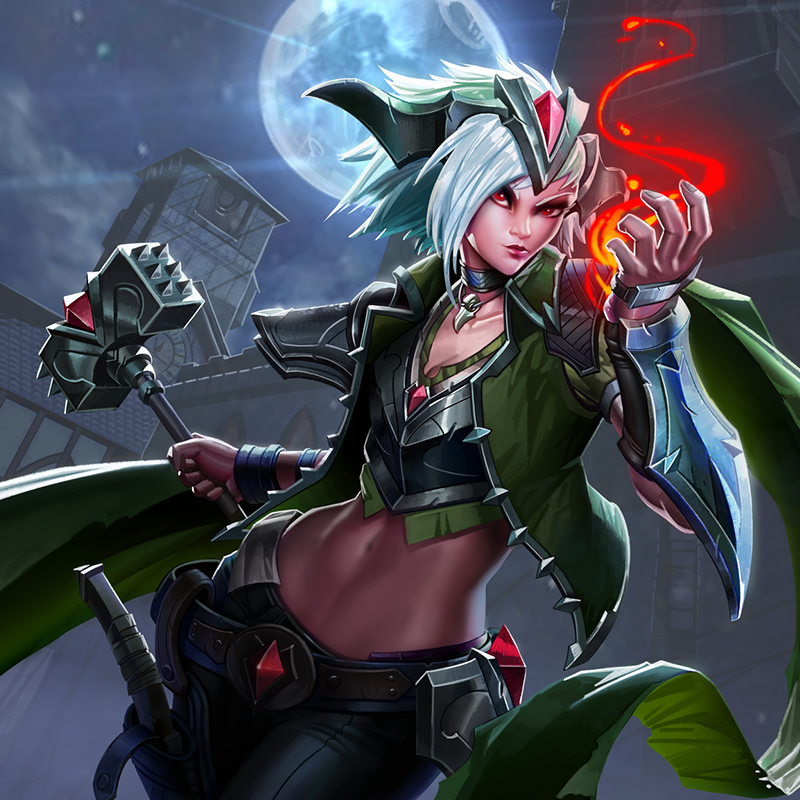 Argenport is the capital city of Myria, where Crownwatch forces and the shadowy Cabal struggle for control.

Argenport is the combination of the

Revenge:
The first time this is killed, give it Destiny and put it into the top ten cards or your deck. is a battle skill that was originally unique to the Argenport factions, although it expanded into

Primal with the release of Argent Depths, and eventually into

Fire with Cold Hunt. Units with Revenge can come back once after dying (or unlimited times, in the case of the iconic Inquisitor Makto 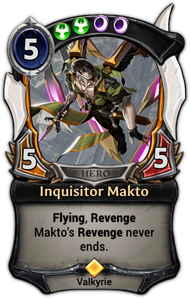 ). It also appears on spells including Sleepless Night 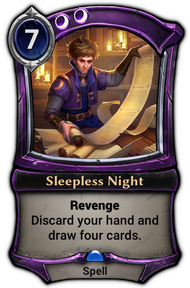 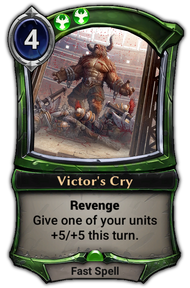 Another battle skill found only on cards with Justice or Shadow, LifestealLifesteal:
When this deals damage, you gain that much

health gain when damage is dealt, which can help buy some time against aggro decks. Oathbreaker 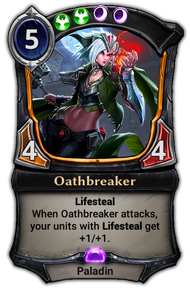 combines well with these units, increasing their stats when she attacks.

Justice and Shadow are the only factions with abilities that kill units directly (as opposed to through dealing damage or other effects). This makes it very powerful in terms of direct removal.

Although the DecimateDecimate:
When you play this, you can choose to lose one Maximum Power to gain the effect. keyword is found in all factions, only

Shadow have Decimate Matters cards that give positive effects when you decimate, such as Nivia, Most Devoted 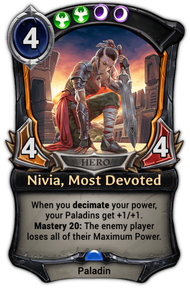 , as well as Eloz's Elite 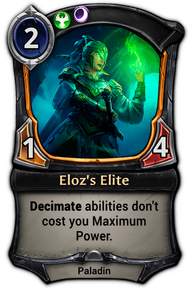 which allows you to decimate without losing power.

Prior to the release of Bastion Rising, which included the first mono-Fire Valkyrie, Erica, Inferno Wing 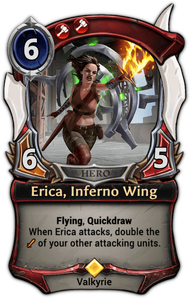 , all Valkyrie included some Justice or Shadow. These are a powerful tribe with many flying units. Cards like Icaria, Valkyrie Captain 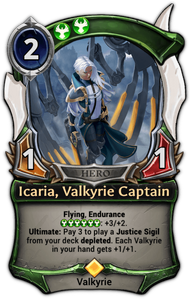 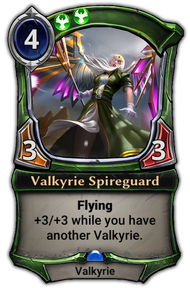 provide synergies among these units.

Paladins appear mostly in Justice. Anointer of the Faithful 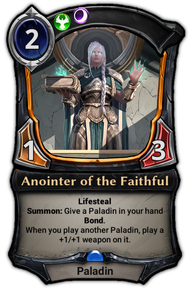 introduced the first tribal effect within this unit type.

As the capital of Myria, Argenport is the focus of a lot of action, in particular the struggles for control of the throne.