You can play this card from your Market if you met its requirement in a single turn. Bargain cards can be in your deck and market at the same time.

Bargain is a keyword introduced in The Flame of Xulta. It allows the card to be played directly from the Market when the listed condition is met. Including a card with Bargain also allows the inclusion of a Market even if the deck has no merchants.

The Flame of Xulta introduced this in a cycle of five cards, one in each Faction 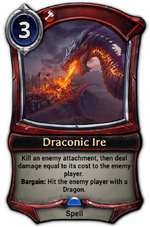 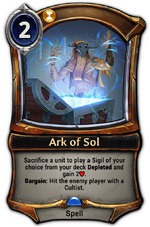 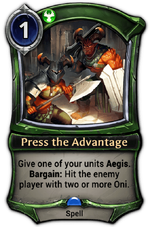 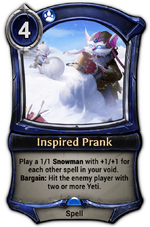 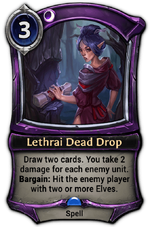 Find more cards with Bargain in its category page. 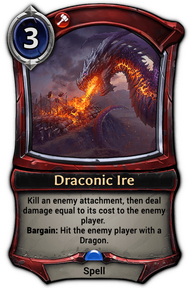 [1], in a The Flame of Xulta spoiler-season reveal by Scarlatch on the game's Discord, before the keyword's effect was known. The mechanic was later explained in Dire Wolf Digital's mechanic reveal article.[2]