Champion of Wisdom is a unit card.

Champion of Wisdom is part of a 10-card cycle of units, one for each 2-faction pair. These champions each have 2 effects, becoming more powerful once you reach influence thresholds in its factions. 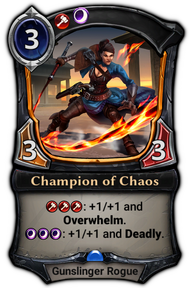 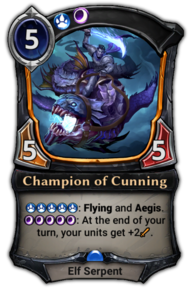 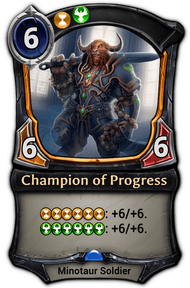 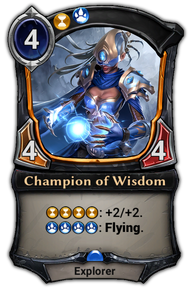 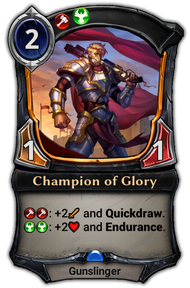 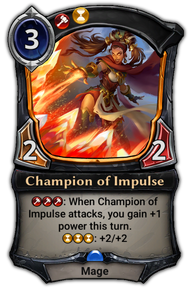 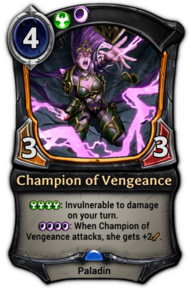 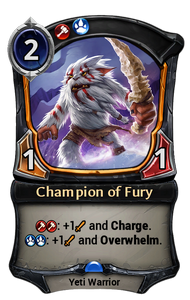 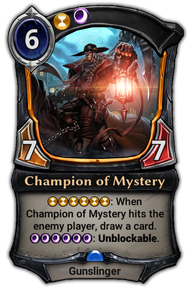 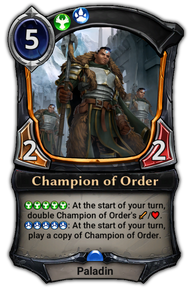 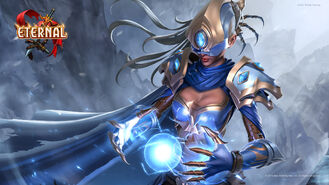 Retrieved from "https://eternalcardgame.fandom.com/wiki/Champion_of_Wisdom?oldid=36913"
Community content is available under CC-BY-SA unless otherwise noted.