Charge:
Can attack the turn it is played.

Charge is a battle skill that can be applied to units. It was first introduced in The Empty Throne, and appears on cards of every faction. 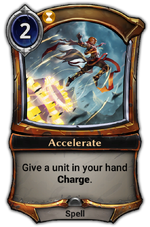 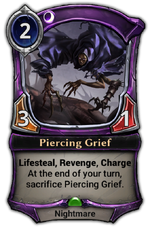 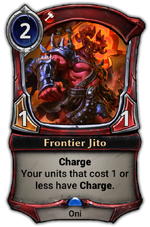 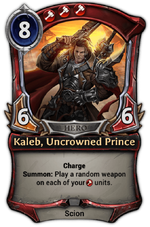 Find more cards with Charge in its category page.

As a general rule, units cannot attack on the same turn they are played. Charge is the exception to that rule.

Like other battle skills, a unit is granted Charge while wielding a weapon with the ability.

A unit may lose Charge while it is already attacking on the turn it is played, such as by a SilenceSilence:
Remove all text from a card and its attachments. effect or removing its weapon with Charge. This does remove the unit from combat. Removing its ability to attack must be done before it is chosen as an attacker.

Even if a unit has Charge the turn it is played, it still cannot attack if it is otherwise unable to. This includes if it has 0 or less

strength, or if it is exhausted (such as by Urn of Choking Embers 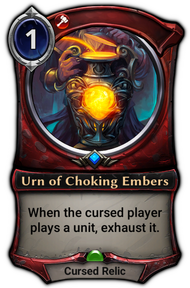