The people of Argenport had never truly accepted Eilyn as one of their own; to them, she was forever an outsider, a savage of the Clans.[1]

You gain an Aegis.
Draw a Primal Sigil from your deck.

Eilyn's Favor is a spell card. It depicts Eilyn, one on the five original Scions.

Eilyn's Favor was released in Set 0, a subset of The Empty Throne. Set 0 cards do not appear in The Empty Throne card packs—instead, four non-premium copies are obtained through completing the introductory campaign.

You get Eilyn's Favor from the Primal Fury starter deck after beating the tutorial campaign.

Eilyn's Favor is part of the favors cycle of cards in The Empty Throne (Set 0). Each depicts one of the original Scions and draws the Sigil of their faction: Kaleb's Favor 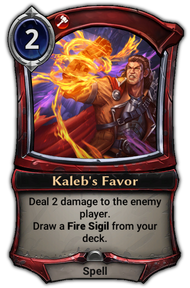 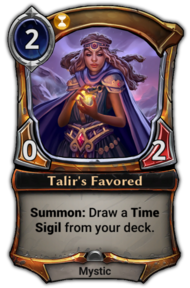 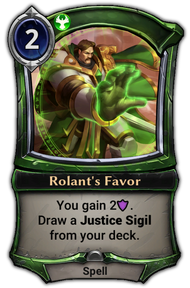 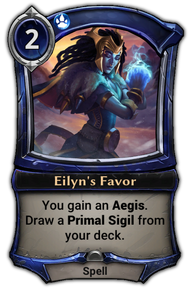 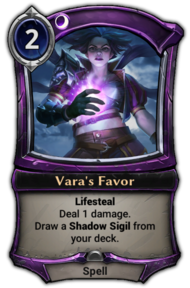 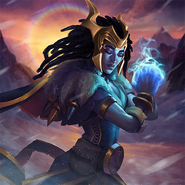 Retrieved from "https://eternalcardgame.fandom.com/wiki/Eilyn%27s_Favor?oldid=31200"
Community content is available under CC-BY-SA unless otherwise noted.