Eternal Card Game Wiki
Register
Don't have an account?
Sign In
Advertisement
in: The Flame of Xulta, Uncommon, Spell,
and 3 more

Eloz's Choice is a spell.

Eloz's Choice is part of the second choices cycle of 2-faction choose one spell cards in The Flame of Xulta. These cards named for the set's characters: Kairos' Choice 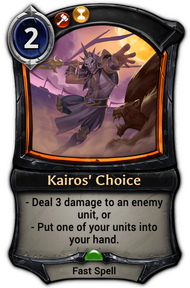 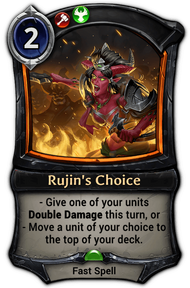 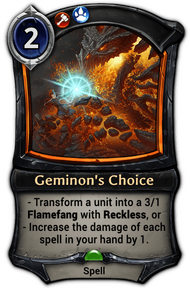 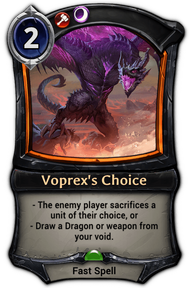 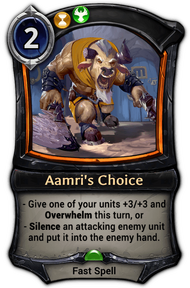 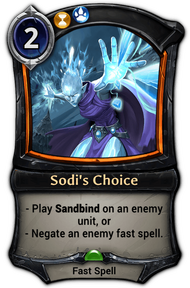 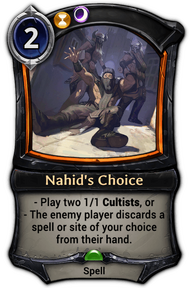 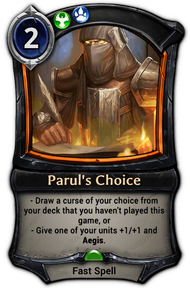 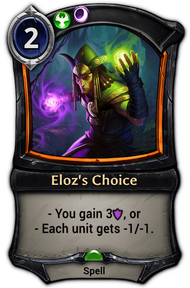 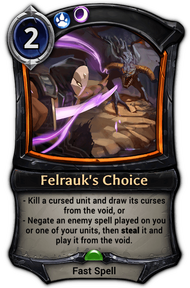