+2/+2 while you have a relic.
Summon: You may choose a card from your hand to swap with a

Great Valley Smuggler is a unit.

Great Valley Smuggler is part of the smuggler cycle of 2-faction Merchants. Smugglers may swap for a greater variety of cards than the previous single-faction merchants cycle, but require that you use a Black MarketThe Market:
Merchants allow you to store up to five cards in your Market when you build a deck. When cards are retrieved from a Market, they are drawn. 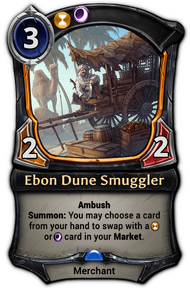 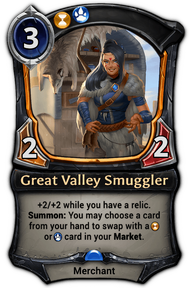 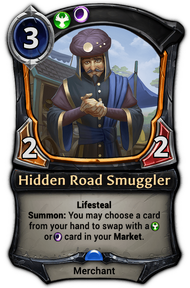 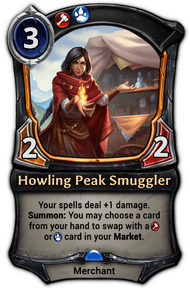 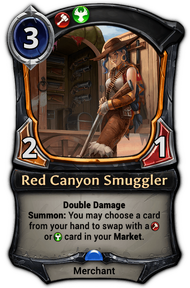 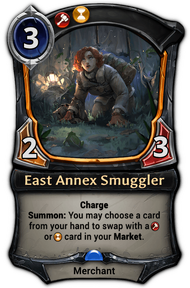 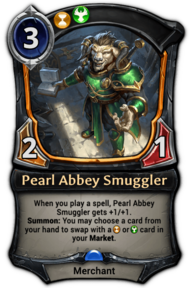 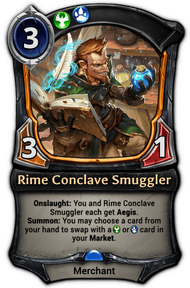 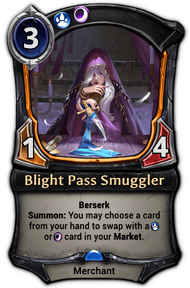 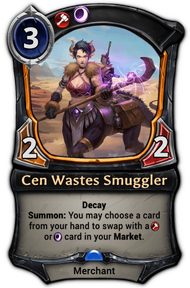 Retrieved from "https://eternalcardgame.fandom.com/wiki/Great_Valley_Smuggler?oldid=27096"
Community content is available under CC-BY-SA unless otherwise noted.