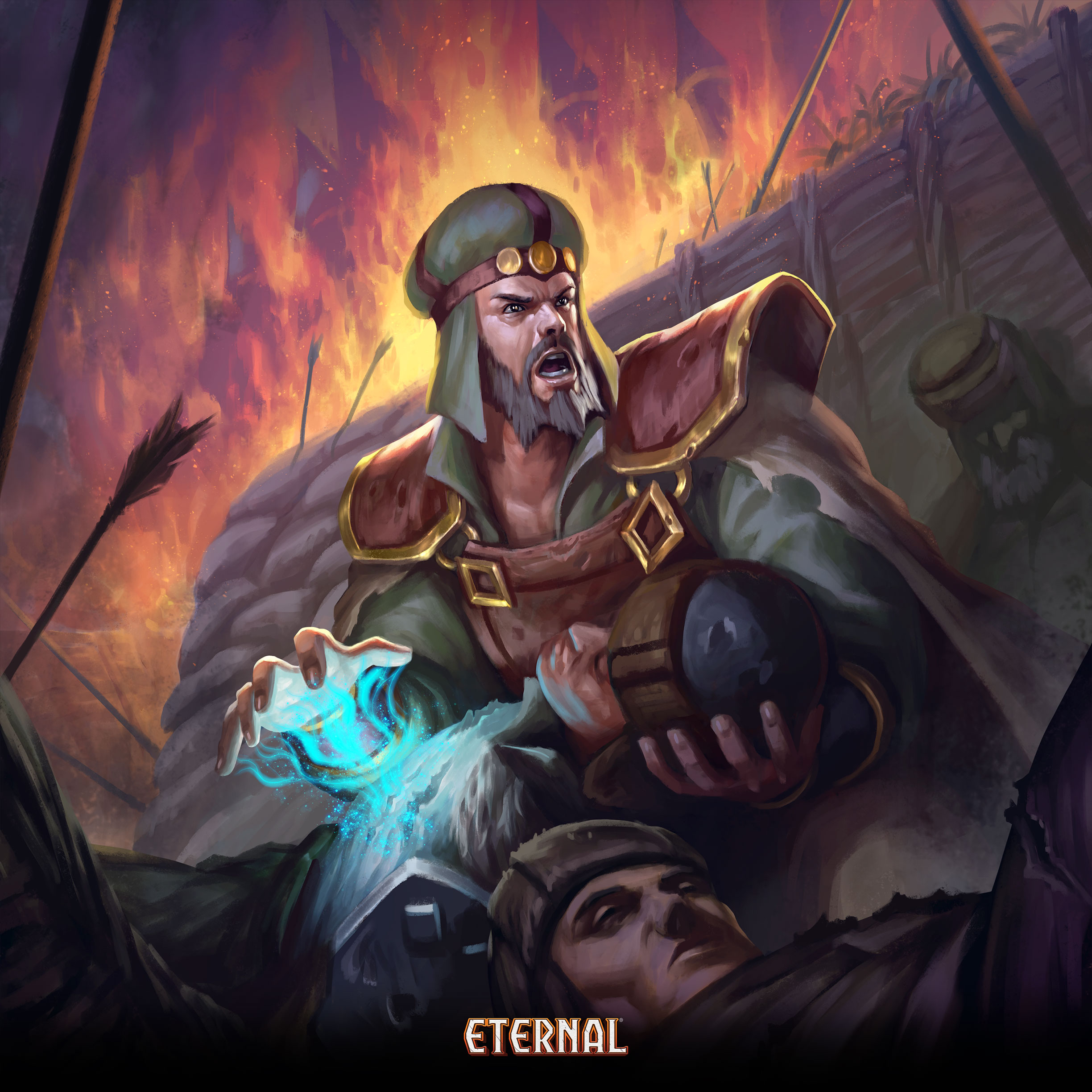 Revolution is a messy business. A bloody rebellion is already brewing in Kosul, where Yushkov’s brutal reign threatens to break the will of a once-proud empire…
Homecoming teaser[1]

0
Homecoming is a single-player campaign, released March 28, 2019, which rewards playsets of 26 unique cards for normal play. It features 18 story-based missions following the story of Svetya as she returns to Kosul, to reclaim her homeland from the tyrannical rule of her usurper uncle Yushkov.[1]

The premium version of Homecoming includes the premium playsets of its cards, and a unique Svetya premium avatar. It can be purchased together with the regular version for

2000 gems, or upgraded separately for

Homecoming's cards cannot be crafted. They are only available after purchasing the campaign, and unlocked by completing its missions.

Homecoming's playable missions are divided into several chapters. Each chapter ends with a narration by one of the story's primary characters.

This chapter's missions are played using a pre-constructed deck themed around Milos and his rebels.

The Wolves of Winter[]

This chapter's deck is themed around Camrin and the Kosul resistance.

This chapter's deck is themed around Andrik.

Five in-game and platform achievements were added for Homecoming.

Homecoming is Eternal's first campaign to use thematic preconstructed decks, which change with its chapters as the story unfolds.[1]