0
Hour of Glass is a card set and single-player campaign, released July 21, 2021.[1] It's the 8th campaign-based set for Eternal Card Game, and the 25th set overall.

You have begun to Awaken. But you remain asleep. I will show you what can be.
I will break you, but you will be made anew in my image…

Regular Hour of Glass cards cannot be crafted. They are only available after purchasing the campaign, and unlocked by completing its missions. 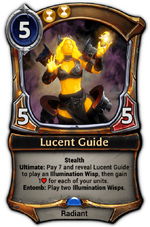 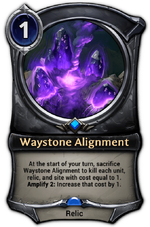 Find Hour of Glass's cards in its category page.

1,100 costs US$9.99 through the in-game store). It comes with the story campaign, a regular playset of its cards, and a theme deck.

The premium version also includes premium playsets and a unique Ky, Awakened Master premium avatar. It can be purchased together with the regular version for

2000, or upgraded separately for

A Legendary Bundle is also available. For $39.99, it includes:

Hour of Glass was first hinted at in a Discord comment by Scarlatch in late June, saying he had reviewed the upcoming campaign's script. A DWD announcement article for the set was released on July 9, 2021.[1]

The Legendary Bundle was available for pre-order one week before the set's release. Pre-ordering unlocked everything except the story campaign and cards when purchased (the cards featured in the theme deck were also unlocked), and came with an additional Draft Ticket and an alternate-art playset of Transpose 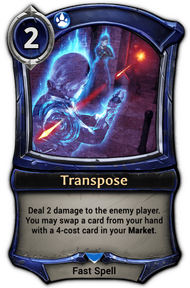 From July 16–19 the new set was showcased in a special Draft event where Hour of Glass's cards were added to a Scion Draft, a phantom format (unlike normal Draft, drafted cards are not kept) featuring Eternal's most powerful cards.

300 each. Chests and packs were rewarded based on run wins and placement in a leaderboard, and each run also rewarded an alternate-art ObliterateFile:Obliterate (alt).png.