Inscribe:
This card can be played as a depletedDepleted:
Isn't usable the turn it is played. Sigil.

Inscribe is a is a skill. It was first introduced in Cold Hunt, where it appeared on cards of every faction. 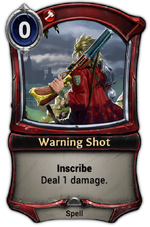 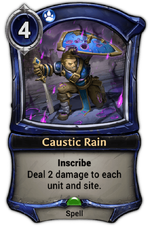 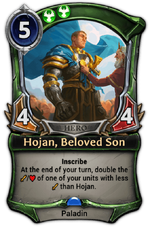 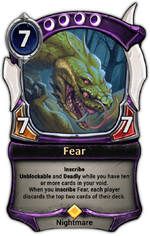 Find more cards with Inscribe in its category page.

When an inscribe card is played as a Sigil, it is DepletedDepleted:
Isn't usable the turn it is played., meaning the power will not be available until the next turn. This makes it worse than playing a regular Sigil or other power card when used in this way.

As of Unleashed, all cards with Inscribe have been single faction.

Inscribe cards are a great way to help avoid power flood or screw (drawing too much or not enough power), since they can be used as either power or non-power. This makes it easier to build a deck with less total power.