Choose between a random spell, unit, and attachment of this card's factions to create and draw.

Invoke is a keyword that appears on units, spells, and relics. It was first introduced in The Flame of Xulta with the five Listener units. 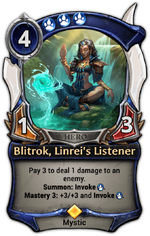 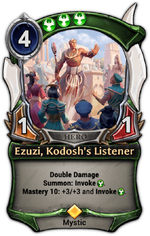 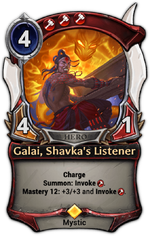 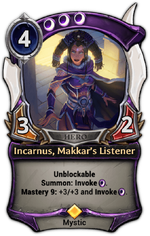 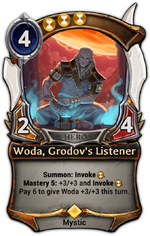 The Invoke keyword appears on cards followed by either one or three faction symbols:

. These indicate the faction(s) of the cards to be chosen from.

When there is one faction symbol, such as on the Listeners shown above, you choose from three cards of that faction.

When there are three faction symbols, such as on the Chant spells (shown below), the choices will include one card from each of the three factions.

The choices will always include one unit, one spell (including fast spells), and one attachment (including curses, weapons, relics, relic weapons, and cursed relics). 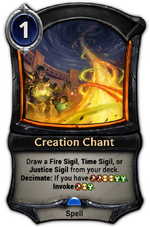 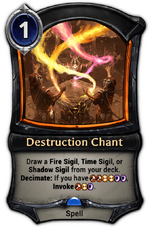 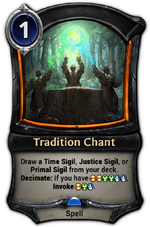 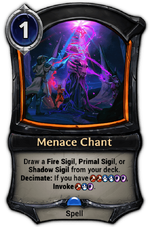 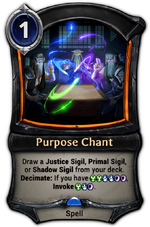