This page is about the campaign titled after the character Jekk. For other uses, see Jekk.

Join forces with the infamous bounty hunter Jekk to track down dangerous criminals and ferocious creatures in Jekk's Bounty.

Cards from this campaign are uncraftable, and must be rewarded by completing the missions. Purchasing the campaign costs 20,000 gold or 1000 gems, with 1050 gems costing $9.99.

A premium version of this campaign's cards can be purchased for 2000 gems, or upgraded from the regular version for 1000 gems.

Three Jekk's Bounty cards were revealed in January 2017 in Game Informer magazine's issue #286.[1] Described as "previews from the upcoming Eternal expansion", the names, text, and stats of Jekk, the Bounty Hunter 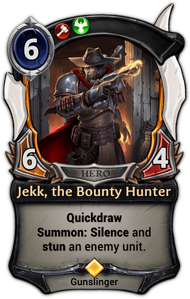 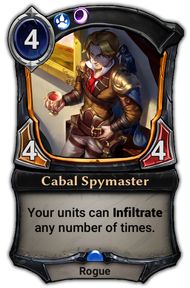 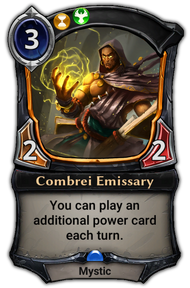 Dire Wolf Digital officially revealed Jekk's Bounty on February 9, 2017 in an announcement article for the new set.[2] Over the next week leading to the set's release, DWD gave more card spoilers to several community members to be revealed in fan sites and Twitch streams.