Inscribe
Your other units and weapons have +2

.
When you inscribe Kan, the top unit or weapon of your deck gets +1

Kan, Censari General is a part of a five-card cycle of legendary cards with InscribeInscribe:
This card can be played as a depleted Sigil. from Cold Hunt. Each has quadruple influence requirement of their respective single faction and an effect when it's inscribed (i.e. played as a depletedDepleted:
Isn't usable the turn it is played. Sigil). The cycle consists of: Kan, Censari General 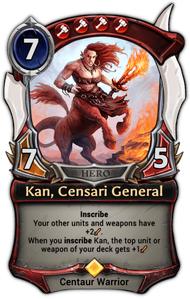 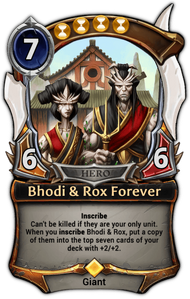 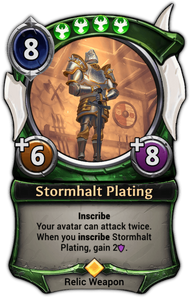 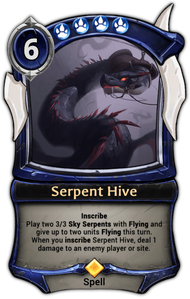 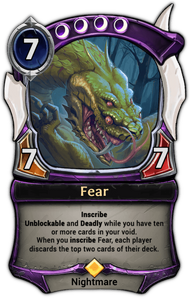 It can also be said that it's a part of a loose cycle of legendary single-faction Heroes from Cold Hunt, although they don't all have a mechanical overlap: Kan, Censari General 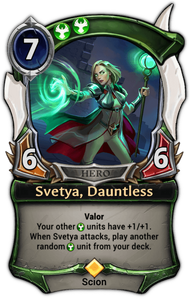 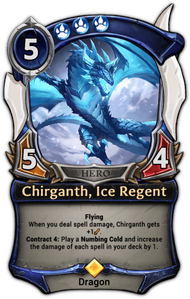 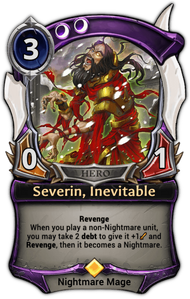