Keywords are words or short phrases that represent specific abilities and mechanics. They replace larger explanations of their effects on cards, saving space in cards' text while providing a shorthand for easier memorization and reference.

Keywords appear as bolded text on cards. Hovering over cards with keywords will make a box appear, above or to the card's side, with a description of the keywords' effects. Note that references to other card's names are also bolded. Hovering usually displays referenced cards too.

Keywords are often used to thematically group cards in Eternal's sets, providing a common identity to the various factions or themes that are represented.

Note: "Trigger keywords" is not an official Eternal term. It is being used here to define this subset of keywords, but should be updated if an official term is created.

These keywords are shorthand for triggers, circumstances where something else will happen. While the triggering circumstance is always the same for most of these, their resulting effects vary and are defined on the individual cards. 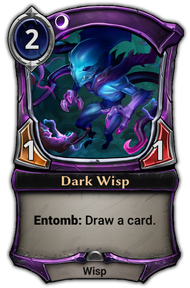 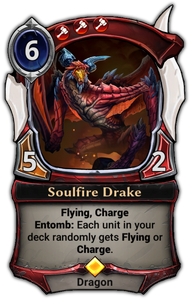 , and Claw of the First Dragon 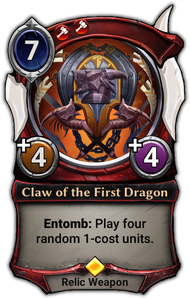 all have EntombEntomb:
Does something when it is killed., but what happens when they are killed varies wildly.

The Bargain keyword is listed as a Trigger Keyword here, although it functions a bit differently than the others - the text after the keyword lists the trigger instead of the result.

See the main Skills article for a list of skill and battle skill keywords.

Skill is an Eternal term that refers to a specific set of keywords (including their subset battle skills). Unlike trigger keywords, skills do not have varying effects—they will always do the same thing wherever they appear.

Cards that reference skills do not refer to non-skill keywords.

Note that sometimes these cards have exceptions to the skills they reference, see the Notes section on the individual card pages for details.

Skills are not the only keywords that have unvarying effects. Skills are differentiated in that they can appear as a stand-alone keyword on unit cards with no other context, while the other keywords would require other text.

For example, the LifestealLifesteal:
When this deals damage, you gain that much 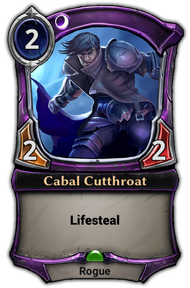 on its own. It also appears on its own on non-unit cards, such as Spirit Drain 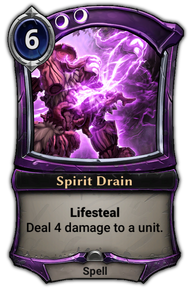 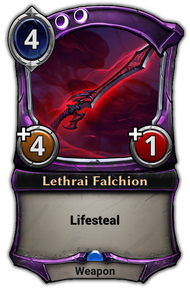 . Alternatively, ScoutScout:
Look at the top card of your deck. You may put it on the bottom. appears as a stand-alone keyword on the non-unit card Crest of Chaos 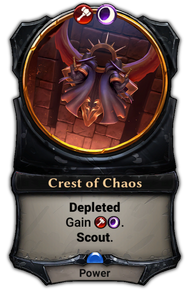 , but on units it must appear in context such as a trigger keyword's effect 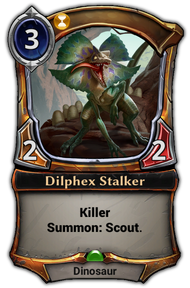 These keywords have been removed from the game.