Eternal Card Game Wiki
Register
Don't have an account?
Sign In
Advertisement
in: Hero, Flavor, The Fall of Argenport,
and 4 more 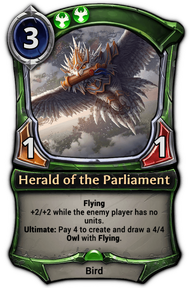 Lida's Apprentice can never be silenced
Your other cards can't be silenced while you have her.

Lida's Apprentice prevents your cards from being silencedError, the 'silenced' keyword is not in the database. Check spelling. by all effects, including your own. Combining her with Ayan, the Abductor 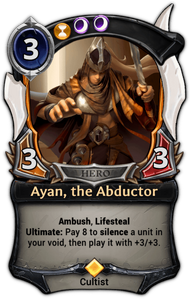 will let you return your units from the void with their abilities intact.

This was the first card revealed as a Fall of Argenport spoiler.[2] An image wasn't revealed, but its name, cost, stats and text were detailed. This pre-release version only protected your other units from being silenced, rather than all your cards. 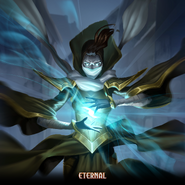