Marisen's Disciple is a Unit.

While Marisen's Disciple has poor base stats for a 4-power unit, its summon ability more than makes up for it. Scorpion provides a roadblock for any would-be attackers, Locust represents an evasive threat, and Sandcrawler gives the best total stats of the three. Unlike Marisen herself, Marisen's Disciple allows its owner to choose which unit they summon, allowing for greater flexibility. In addition, as the Disciple provides two units rather than just one, it has greater synergy with mass buff cards like Xenan Obelisk and Gathering Lights when compared to other units of its cost such as Sandstorm Titan. However, Marisen's Disciple is also more susceptible to mass removal like Hailstorm. 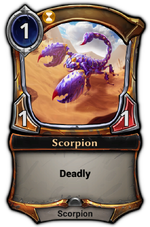 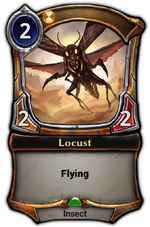 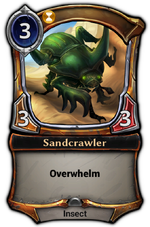