Eternal Card Game Wiki
Register
Don't have an account?
Sign In
Advertisement
in: Echoes of Eternity, Legendary, Warrior,
and 10 more

Charge, Endurance, Exalted, Pledge
When a relic goes to your void, play a random Sigil from your deck.
Mastery 10: +

Heroes, each of them requiring double influence for each of its three factions, and having PledgePledge:
On your first turn, a card with Pledge can be played as a Sigil. and Mastery 10Mastery:
When this unit deals damage and survives, add to its Mastery total. When the Mastery target is reached, gain the effect. abilities. The cycle consistis of Naoki, Valiant Warrior 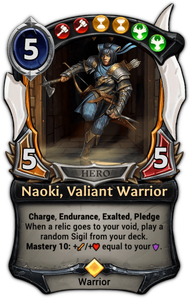 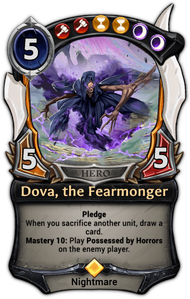 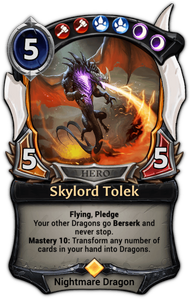 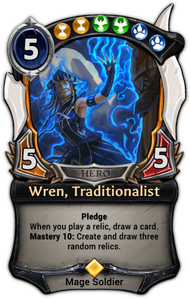 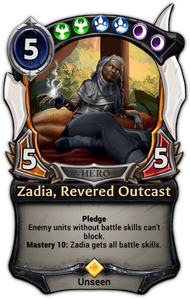