Constructed by Dire Wolf Digital, preconstructed decks are a type of deck composed of specific non-random sets of cards that are obtained either as rewards from special quests, bought from the store, and sometimes alongside the release of new card sets.

Preconstructed decks are intended to give players an easy way to explore new deck types, simultaneously helping them to learn about keywords, synergies, deck building, and as a way to cheaply fill out a new player's card collection. They also provide a guide to reliable and competitive playstyles for each faction.

Starter decks are obtained through the three tutorial campaigns and several new player quests. They are predominantly used to teach new players the basics of synergy and deck building. There is one deck for each of the five factions and they all contain one unique legendary unit.

Purchasable theme decks as the name implies are decks that have a mechanical theme and can be bought through the store. They can be purchased for 3000 gold or 250 gems each and their cards are yours too keep forever.

The friend referral System has two preconstructed decks as rewards, "Servants of the Spire" and "Start the Party!". The former given to the referred friend and is a basic Fire/Shadow warcry deck with weapon elements, and the latter being a more complex Fire/Primal yeti-synergy deck that's given to the original player. 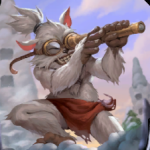 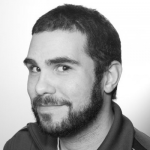