Berserk
Ultimate: Pay 3 to swap a card from your hand for a

card or factionless card from your Market. Then give a unit in your hand +1/+1 and Berserk.

Rage Grafter is a unit card.

Rage Grafter is part of the Grafters cycle of units in Empire of Glass, which allow the player to swap a card in hand with a same-faction or factionless card from the market, then give a unit in your hand +1/+1 and a specific battle skill. The cards are: Rust Grafter 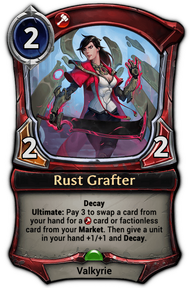 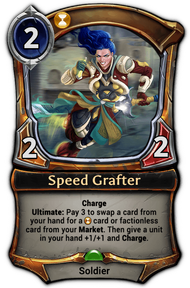 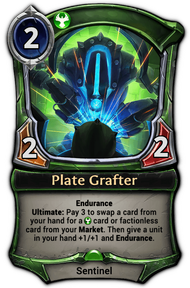 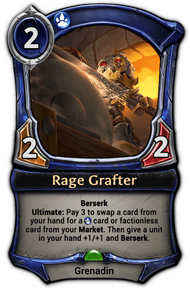 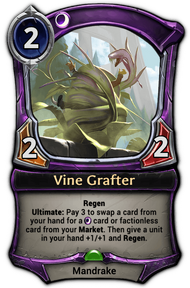 Retrieved from "https://eternalcardgame.fandom.com/wiki/Rage_Grafter?oldid=43711"
Community content is available under CC-BY-SA unless otherwise noted.