Relic is an attachment card type. Playing a relic attaches it to a player, and equipped relics may be viewed by hovering over the player's avatar. If more than one relic is attached to a player, a UI element will appear specifying their relic count.

A relic is an attachment that is played directly on the player. Some relics have activated abilities that can be used by clicking on the relic icon below the player portrait. 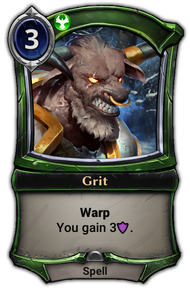 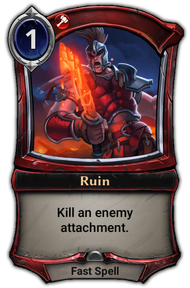 , all armor will be removed.

Attacks with a relic weapon can be responded to with an Ambush unit - this will re-target the attack to the new unit. The attacking player can also be targeted by cards such as Lightning Strike 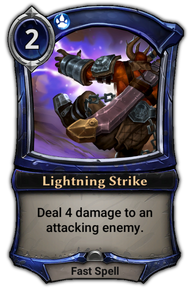 that target an "attacking enemy".

A cursed relic is a type of relic played on the enemy player. This counts as both a curse and a relic. These will generally have some negative effect on the enemy.

Playing a non-weapon relic has no effect on previously played relics or relic weapons. You may equip multiple relics at the same time. Multiple copies of the same relic may also be equipped.[1]