Eternal Card Game Wiki
Register
Don't have an account?
Sign In
Advertisement
in: The Fall of Argenport, Uncommon, Fast Spell,
and 5 more

— Kill a multifaction enemy unit, or
— Negate an enemy spell with more than one faction.

Rindra's Choice was revealed as a Fall of Argenport spoiler.[1]

Rindra's Choice is part of the first choices cycle of 2-faction choose one spell cards. 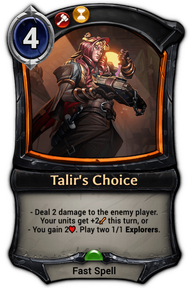 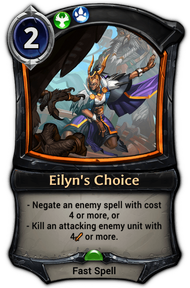 The remainder of the first cycle, including Rindra's Choice, was completed in The Fall of Argenport, based on other Eternal characters: Ijin's Choice 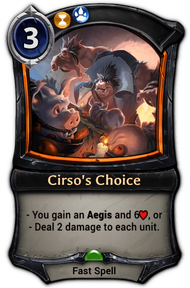