Eternal Card Game Wiki
Register
Don't have an account?
Sign In
Advertisement
in: The Empty Throne, Noncollectible, Gunslinger,
and 5 more

Sangu, Pale Rider is noncollectible and can only be generated by effects.

The following cards create tokens of Sangu, Pale Rider (or transform cards into it): 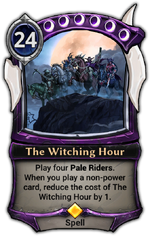 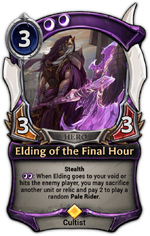 Sangu, Pale Rider is one of four Pale Riders created by The Witching Hour 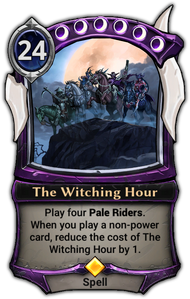 . Their stats are identical, except each has a different battle skill. These cards are: Muertis, Pale Rider 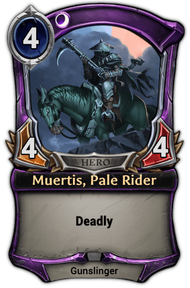 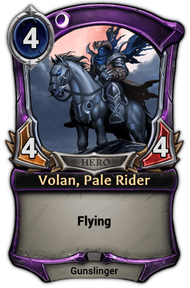 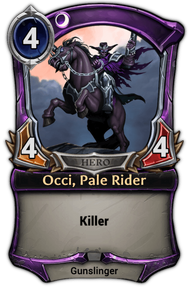 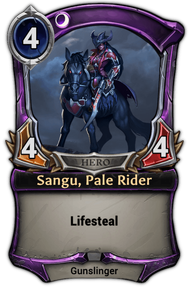 The Pale Riders were all originally named "Pale Rider".

Pale Rider premium avatars were available in the store multiple times as Halloween promotions. They were first released in 2017 in conjunction with the Midnight Ride event,[1] then again with 2018's Carnival of Madness event.[2] The following year, they were re-released as part of the Witching Hour Collection bundle, which also included the earlier events' unique playmat skin as the game's first player-customizable playmat cosmetic item.[3]