Eternal Card Game Wiki
Register
Don't have an account?
Sign In
Advertisement
in: The Empty Throne, Common, Spell,
and 3 more

Draw one of the top four cards of your deck. Put the rest on the bottom.

Scheme is a spell card.

The following cards create tokens of Scheme (or transform cards into it): 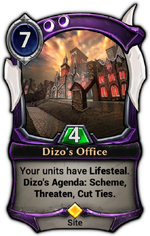 Scheme was renamed and redesigned in Eternal's transition to Open Beta. It was originally a Primal card named Push Onward, which selected from one less card, but reduced the drawn card's cost by one (an effect which reappears on the Jekk's Bounty card Quarry 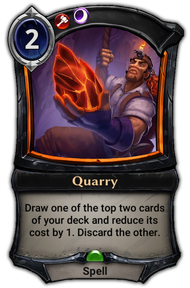 The updated Scheme reuses the artwork from Cabal Mastermind 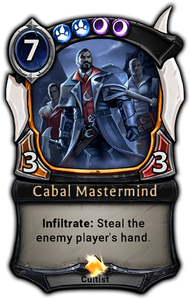 (a card cut in the Open Beta transition), and its old Push Onward art was reused for the Omens of the Past's Trailblaze 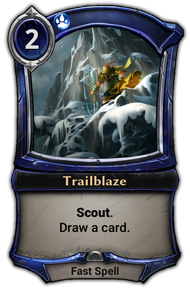