Eternal Card Game Wiki
Register
Don't have an account?
Sign In
Advertisement
in: Pages with reference errors, Flavor, The Empty Throne,
and 4 more

Shadow is the faction of ambition and vision; hidden paths lead to dangerous secrets.

Shadow Sigil is one of the five Sigils, Eternal's basic power cards. You may have more than 4 copies of any Sigil in your decks.

Players start with all the Sigils, so they do not need to be collected. Sigils cannot be crafted and do not appear in packs.

Premium Sigils and several alternate versions were released in some bundles. They were available for a limited time only, and cannot be crafted or destroyed for Shiftstone: 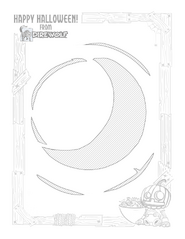