Snipe is a spell card.

The following cards create tokens of Snipe (or transform cards into it): 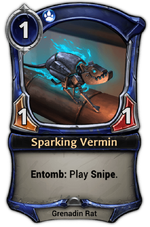 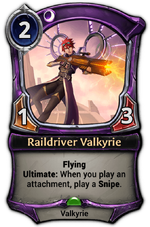 Snipe was originally a player-collectible card during Eternal's Closed Beta. It became a noncollectible, AI-only card in the transition to Open Beta, until it was re-released in Empire of Glass.