Taunt:
This unit must be blocked if possible. 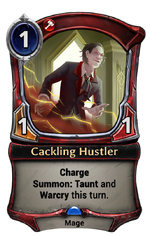 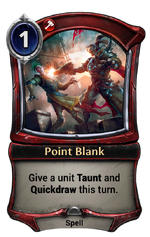 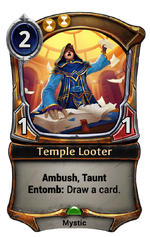 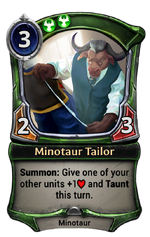 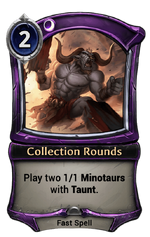 Find more cards with Taunt in its category page.

If multiple units with Taunt attack, each must be blocked if possible, so a double-block on one isn’t legal if you don’t block the other. If a unit has Taunt and an evasive battle skill like Flying, the enemy player must block it if they can, but if they can’t Taunt doesn’t apply. Once you’ve met your Taunt blocking obligations, you may otherwise block normally–for example, if you block all units with Taunt, you may double-block a non-Taunt unit, or triple-block one of the Taunt units, or anything else you can normally do.

A blocking player can’t proceed through blocks until they’ve assigned a legal set of blocks. If a player is at risk of timing out, a button will appear that will auto-assign a valid block for the player. This will not be the “strategically correct” block, but rather a random one that will allow the player to continue, and those blocks can be edited as normal before the defending player chooses to proceed. In the event of a timeout, a random legal block will be automatically assigned, and then play will proceed.

Tactically, Taunt commonly allows for two very different things–swallowing up a smaller blocker by giving something larger Taunt, or forcing something larger to block something small with Taunt, allowing other units to come through cleanly, opening up windows for precise combat tricks to win the exchange, and a variety of other nuanced plays.

Taunt can be found in all factions except

, and was introduced in Unleashed.

The Taunt keyword was first seen on the card Cackling Hustler 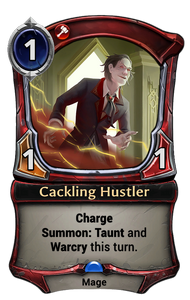