Temple Artisan is a unit card.

Temple Artisan has synergy with any cards that increase his stats, as the EmpowerEmpower:
Does something when you play a Power card. doubling takes the increase into account. In addition, any effects that will allow you to play additional power each turn will continue to double his stats. 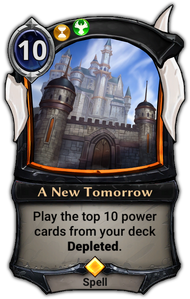 with a Temple Artisan on the field would trigger his Empower effect enough times that he would become a 999/999 unit until the end of the turn (assuming you had at least 8 power cards to play from your deck). 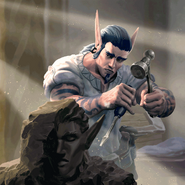