Reduce the cost of a spell in your hand by 1.

Trail Stories is a spell card.

The following cards create tokens of Trail Stories (or transform cards into it): 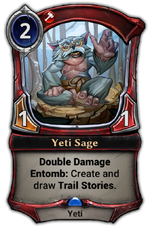 This was originally a

Primal card called Shamanic Trance in Eternal's early Alpha-Beta period. It was faction-shifted and renamed in the open beta transition, and its art was later re-purposed for Ridgeline Watcher 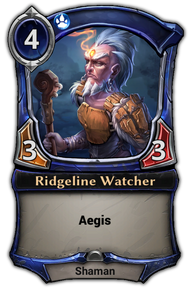 in Omens of the Past. 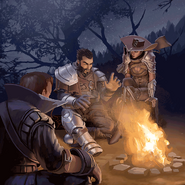 Retrieved from "https://eternalcardgame.fandom.com/wiki/Trail_Stories?oldid=39859"
Community content is available under CC-BY-SA unless otherwise noted.