Eternal Card Game Wiki
Register
Don't have an account?
Sign In
Advertisement
in: Rayph Beisner, Flavor, Omens of the Past,
and 6 more

Some fight for glory, some for their ideals, and some just for a sack of gold.[1]

Summon: If you only have one type of influence, create and draw a random card of that faction.

Veteran Mercenary is a unit.

Veteran Mercenary is the first promotional card of Omens of the Past. Its promo quest period lasted for a limited time after June 15, 2017.[1] Until Verro, Banished Inquisitor 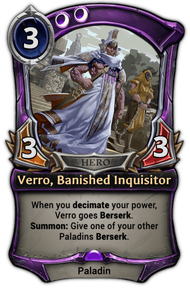 released a couple years later, Veteran Mercenary was the only promo card to be released before its set. 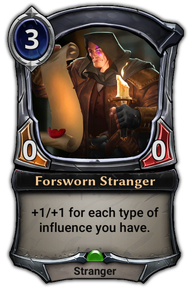 , which was changed in Eternal's transition to Open Beta. 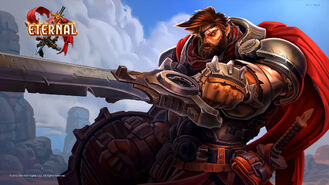