Eternal Card Game Wiki
Register
Don't have an account?
Sign In
Advertisement
in: Klaher Baklaher, Flavor, The Flame of Xulta,
and 12 more

The most dangerous Dragons are not the winged, slavering beasts 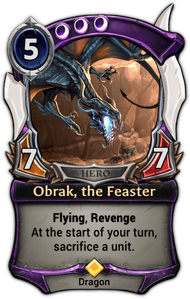 that prey upon the unwary, but rather those who are aware—for those dragons remember.[1]

Flying, Overwhelm
Summon: The enemy player must choose one of their units for each different name among your Dragons. Exhaust and steal those units.

A Voprex, Hope's End premium avatar and card back were available in the Flame of Xulta Pre-order Bundle, only available from September 26, 2019 until the set released on October 7.[2].

Voprex was revealed as a Flame of Xulta spoiler in the Chapter 35: Dusk of Dragons lore article.[1]

Voprex, Hope's End is a part of 10-card cycle from The Flame of Xulta of legendary Heroes that each require triple influence of each of its two faction. Each hero has a corresponding uncommon choice spell. The cycle consists of Kairos, Grand Champion 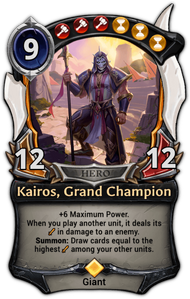 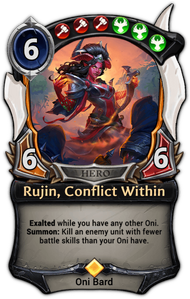 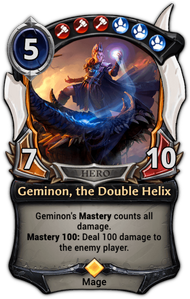 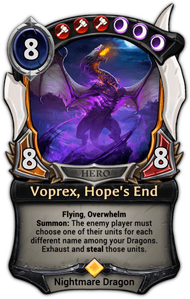 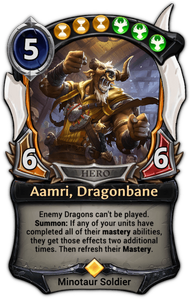 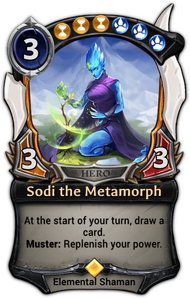 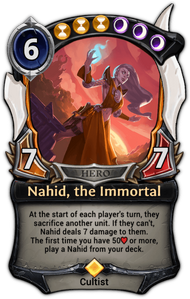 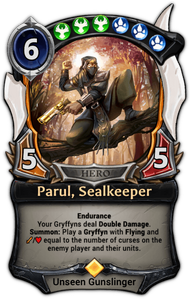 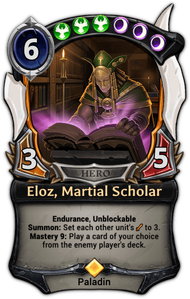 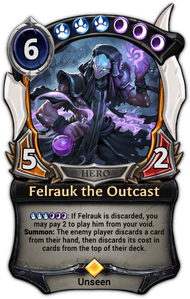 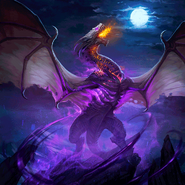