Warp:
You can see cards with Warp when they are on top of your deck, and you can play them as if they were in your hand. 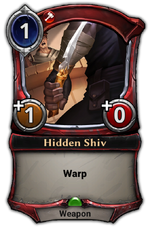 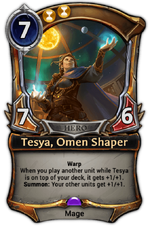 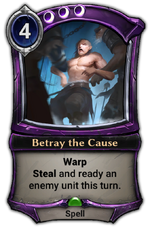 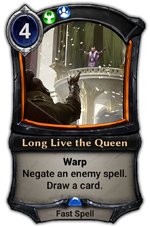 Find more cards with Warp in its category page.

Your opponent cannot see cards with Warp on top of your deck.

The exception to the above is with cards such as Tesya, Omen Shaper 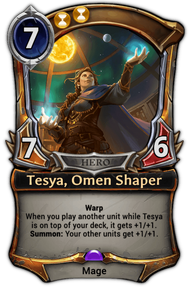 that will be revealed when their relevant ability is activated while on top of your deck.

There is an animation when playing Warp cards that signals to your opponent that the card was played from your deck and not your hand.

Warp first appeared in Omens of the Past (Set 2), as the Praxis (

) mechanic of the set.

It reappeared on two cards in The Tale of Horus Traver (Set 2.5), Cinder Yeti 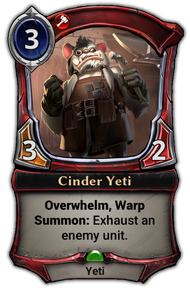 and Waker of Ancients 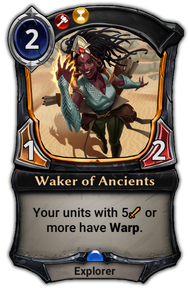 Warp appeared in The Fall of Argenport in